You are here: Home / Energy

This section is devoted to anything and everything related to sustainable energy. 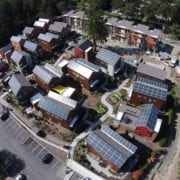 Here’s a bird’s-eye view of Grow Community phase 1, the Village, and its remarkable concentration of energy-producing rooftops. 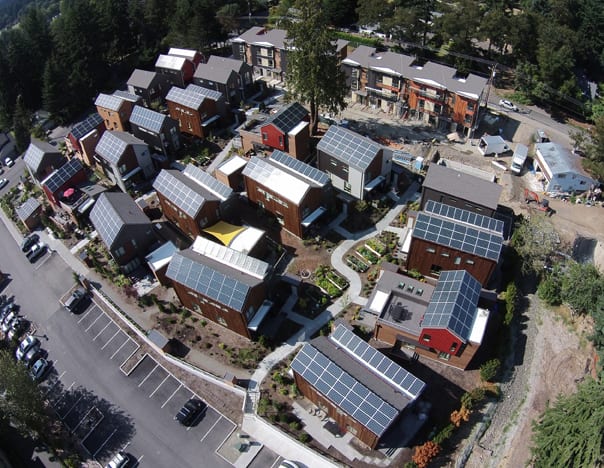 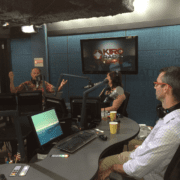 Grow Community’s solar program got the star treatment on KIRO-FM’s “Real Estate Today” over the weekend.

Grow project manager Greg Lotakis was among the panelists for “Simple Solar,” an hourlong discussion of Washington’s dramatic solar incentives and the ease of financing new solar systems for homeowners — and the tremendous benefits for solar adapters like Grow Community residents.

Almost 100% of homes in Grow phase 1, the Village, now have an operational solar system or are queued up to get one installed, giving Grow distinction as the largest planned solar community in Washington state. Solar will be a key feature of our next two phases, the Grove and the Park.

Homes in the Village are producing between 85 and 105 percent of their energy needs through their rooftop installations.

“Until you can see and feel and understand that it works, it feels like it’s a myth,” Greg told Real Estate Today listeners.
“It’s been pretty remarkable.”

Listen to a podcast of the program on the Real Estate Today website.

Big thanks to Tom Kelly for his interest in Grow Community and the Simple Solar program! 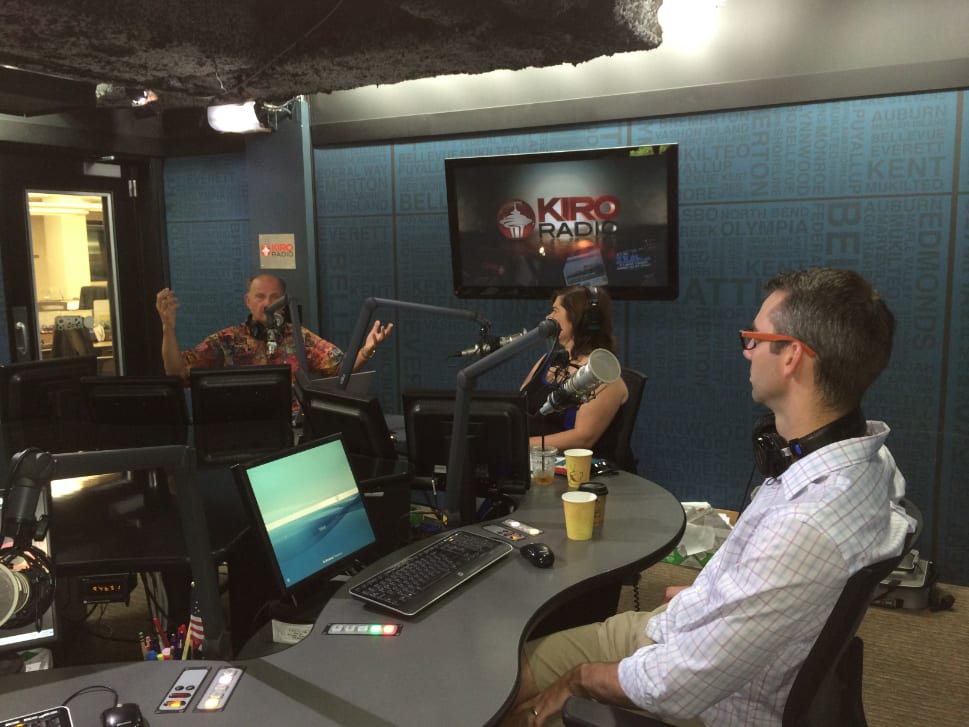 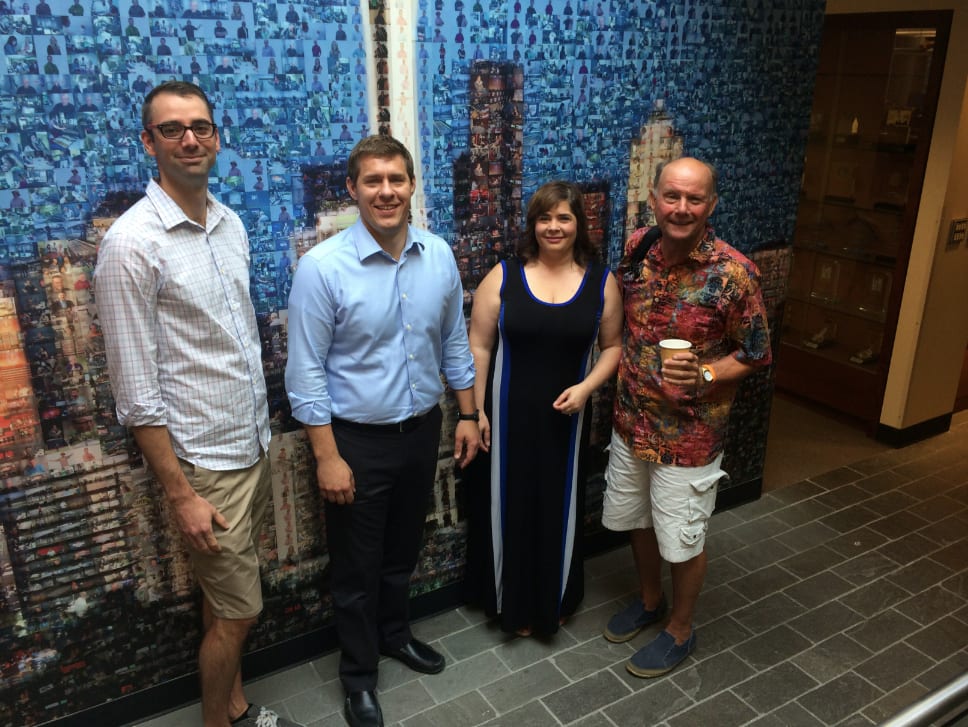 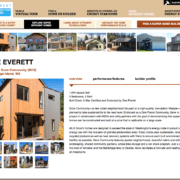 The Everett home in the Village is part of NEEA‘s (Northwest Energy Efficiency Alliance) pilot project: Next Step Homes. The purpose of this pilot – partnering with a select group of builders across the Northwest – is to determine the most cost-effective ways to build homes that will achieve the greatest energy. Check out our case study on their website here and learn more. 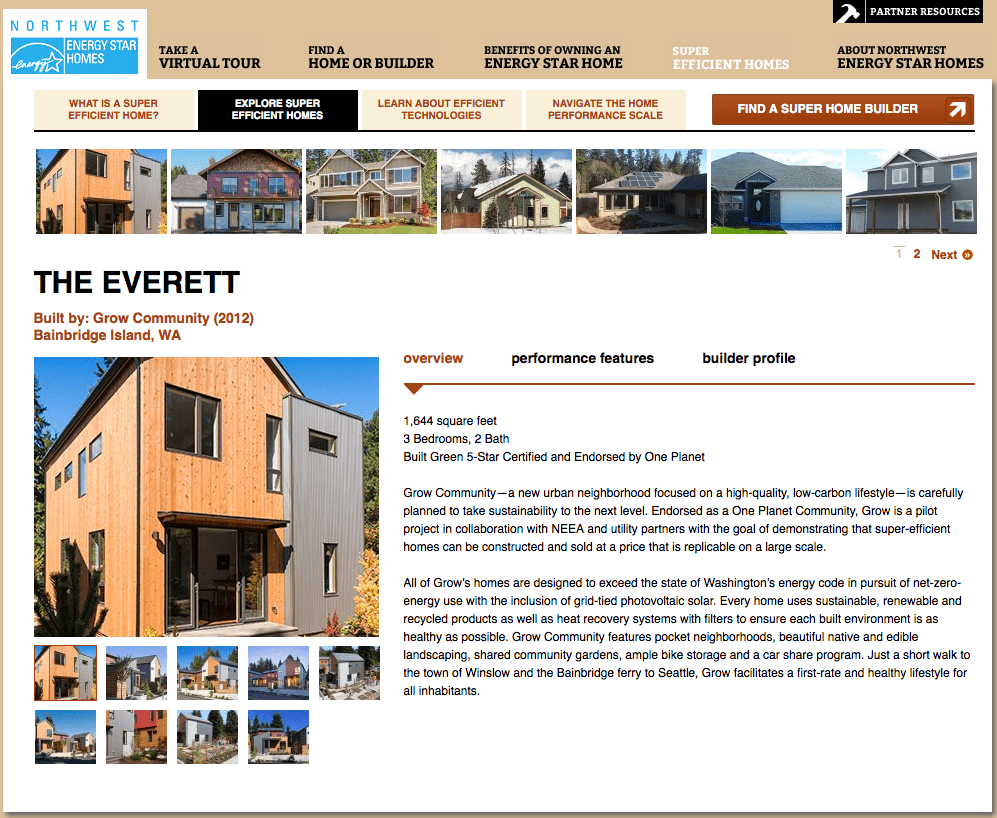 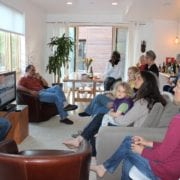 Pauline, the Director of Trees for Global Benefits was visiting at Grow this last week.  This program sells carbon offsets to provide funds supports farmers in Uganda, providing funds to help them plant trees and manage their land.  Carbon offsets are sold to help fund the program which creates sustainable livelihoods for families in Uganda.  The revenue from the carbon offsets and from well-managed agricultural land helps them to get loans, to pay for school fees, to buy food for their children.  Grow supports Trees for Global Benefits on an ongoing basis.

For more information about Trees for Global Benefits see this video 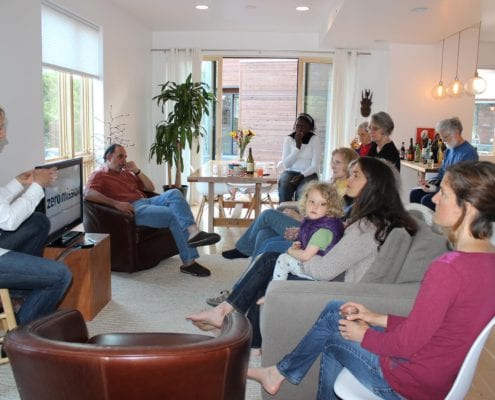 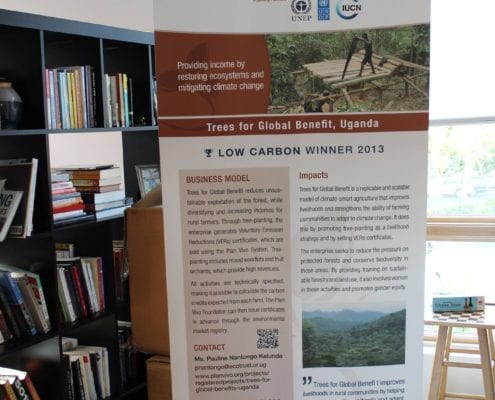 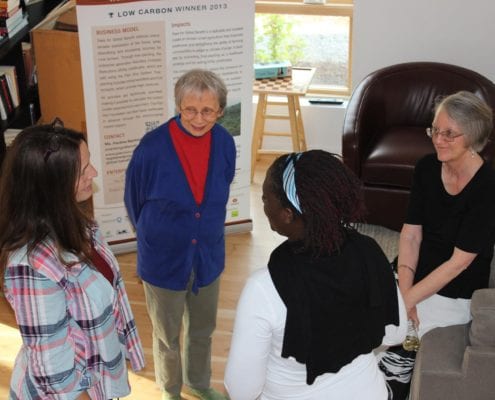 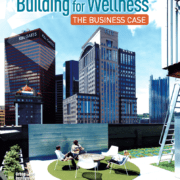 Grow Community is featured in this publication by Urban Land Institute as a case study on building for wellness.

Building for Wellness provides answers directly from developers who have completed projects with wellness intentions. In 13 sets of interviews, developers explain their motivation, their intended wellness and health outcomes, the development process and operations as related to their health intentions, and the key issue in this publication—the metrics of market performance. 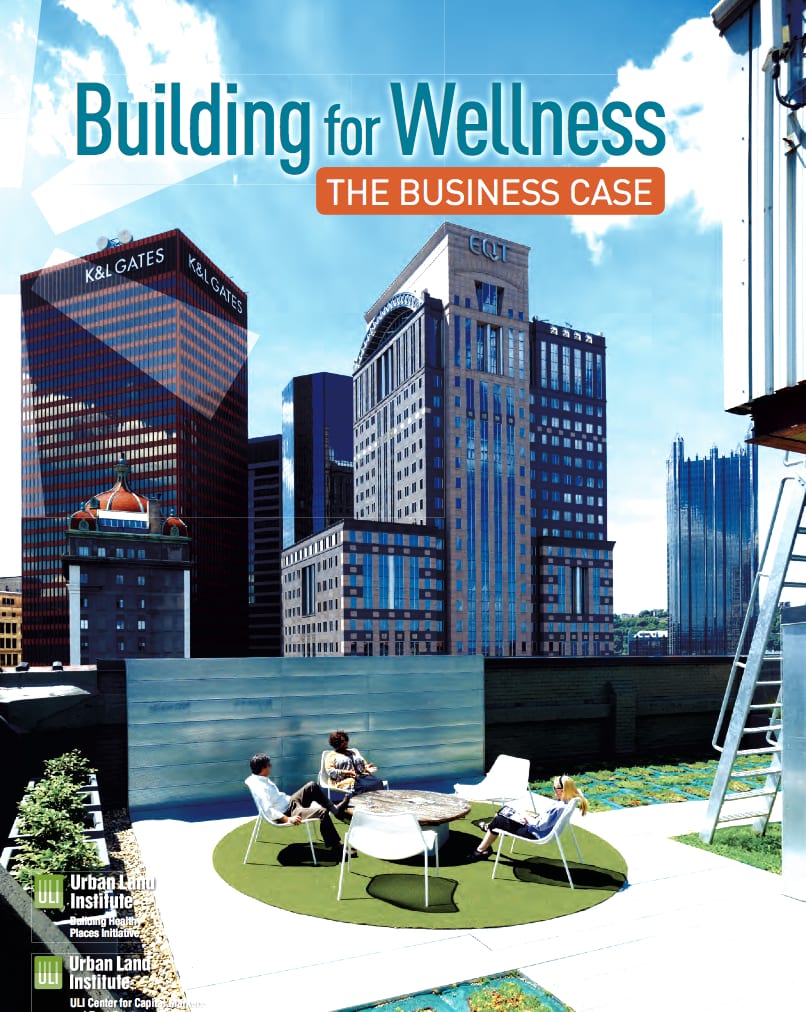 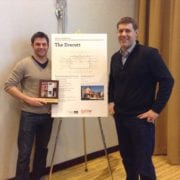 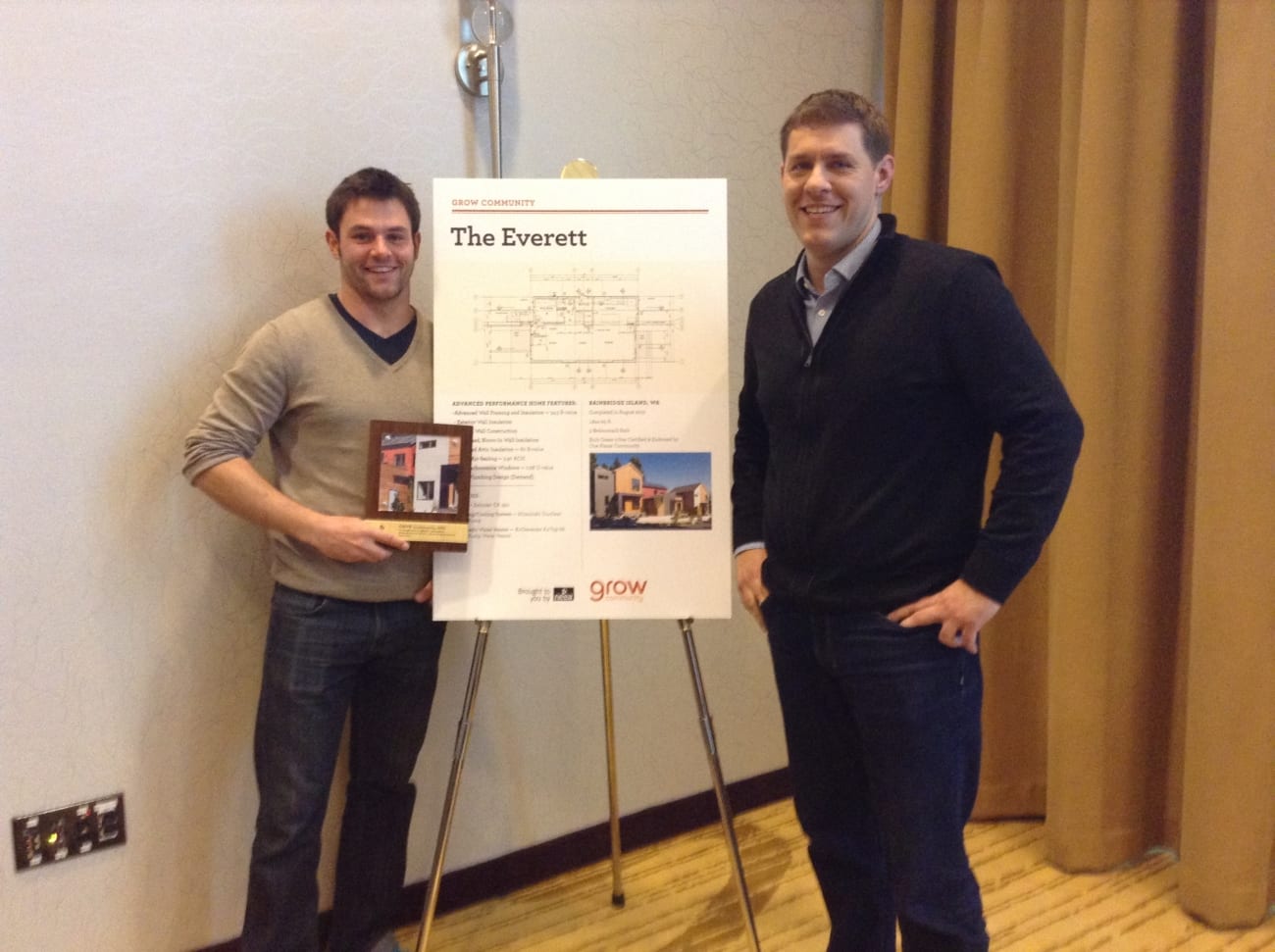 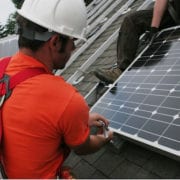 Residents of Bainbridge Island, Wash., led by Asani Development Initiatives, are re-imagining what a residential community could be. Even more impressive than its community gardens and car share program, the Grow Community is on track to be the largest planned solar-ready neighborhood in Washington State.

The housing development is designed to be a net-zero energy community, and is one of seven such endorsed projects by the One Planet Living program. Asani has also partnered with two Washington-based companies, BlueFrog Solar and A&R Solar, to develop an installation-ready solar package around which each home in the Grow Community is specifically designed.

The solar systems are intended to provide 100% of the energy demand of each house. The roofs of each structure were carefully designed to support the required number of solar panels. The installation package available to homebuyers features the Washington-based itek Energy‘s PV panels and APS America‘s microinverters. 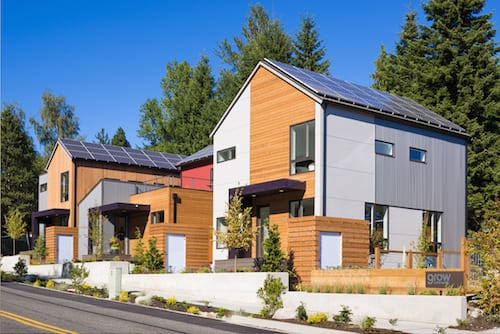 “The variety of rooflines that make a project like Grow so visually interesting can be a challenge for solar systems, which rely on PV arrays being optimally oriented toward the sun,” says Kelly Samson CEO of APS America. “Unlike regular ‘string’ inverters, APS microinverters maximize output and allow monitoring of individual panels, optimizing the productivity of the whole array at all points in the sun’s daily arc across the sky.”

The project will be completed in three phases. The first phase, which is presently nearing completion, will contain 18 single-family homes, six town houses and 20 multi-family rental units. Two more neighborhoods, referred to as “neighborhood 2.0″ and “3.0″ respectively, are still in the design stages. Homeowners have the standing option to install a solar system or not, providing customers with flexibile options regarding installation timing and financing.

“The project is being constructed in three phases to reduce risk and to allow the development team to apply lessons learned in each phase to the subsequent phase,” says Marja Preston, president of Asani Development. “We were confident that the solar community would work as we had a long interest list prior to placing the homes on the market. All of the homes were presold before construction began, an indication that there is strong interest, not only in solar homes, but in solar homes in a connected, walkable community.” 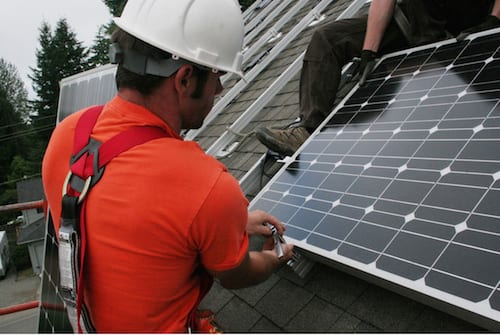 Phase II, containing neighborhood 2.0 and 3.0, will involve building 88 more homes. Housing options will consist of a mix of two-story town houses, single-level houses and apartments in three-story buildings. Additionally, residential parking will be underground to maximize the community’s green space. The second phase is also going to include the community center building and a childcare facility in its construction. Every structure in the community is built solar-ready.

The ultimate goal of the project was to design a repeatable model for a net-zero energy housing development, a task which, Preston says, was accomplished.

“The biggest challenge for our team was to design a net-zero energy single-family home that could be built and sold for a reasonable price. The goal for the project was to demonstrate a profitable and therefore replicable net-zero energy residential real estate development. We absolutely met that challenge,” Preston says .

Bainbridge is an ideal location for such an innovative project, because tax rebates in Washington make possible an affordably-priced solar option. This is one of the reasons Preston sees a promising future for Grow and similar green community development in Washington.

“The fact that almost all the homebuyers have chosen the solar option is an indication that the strategy for adding solar that we created with BlueFrog and A&R has been successful and is entirely replicable in other housing developments in the state.” 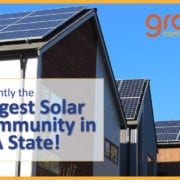 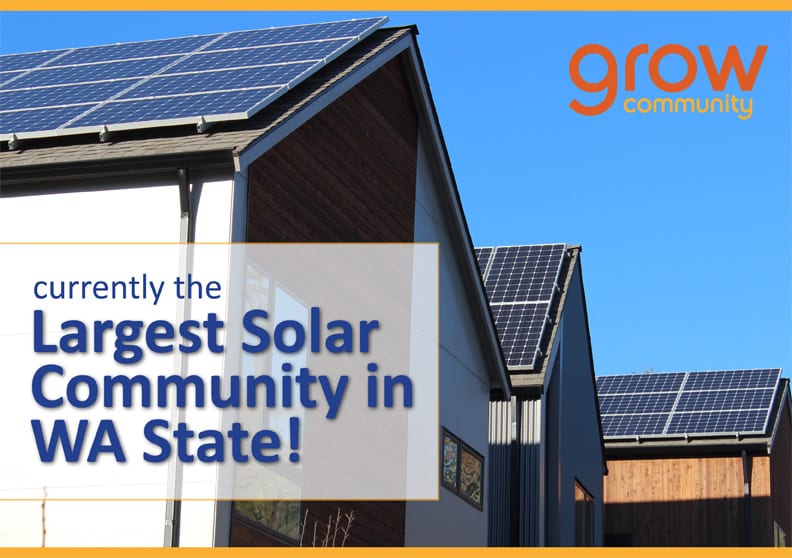 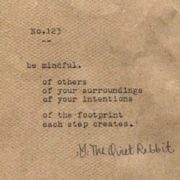 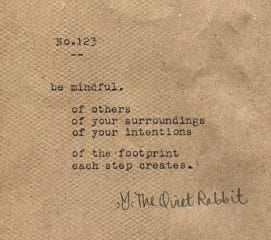 The Grow team would like to express our gratitude for the amazing community of Grow Bainbridge.  On this day of giving thanks we want to let you know that we are truly grateful for all we have learned from everyone who has touched our lives through this community over the last year.

We want to extend a special thank you to all of the new and soon to be residents at Grow.  We are excited, amazed, and humbled by the patience and dedication of the residents who have moved in to this community.  Excited to meet each and every amazing personality, humbled by the commitment to sustainable living, and most grateful for the patience of all who waited so long to move in to their homes.

We wish for all of you a joyful holiday, a day of health and abundance.

All the best,
The Grow Team 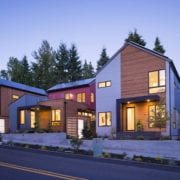 A new neighborhood on Bainbridge Island, Washington, has all the aspects of a resilient community–like net zero homes, community gardens, and car sharing–built in from the beginning.

A new urban neighborhood on Bainbridge Island, Washington, is arguably the most resilient–and healthiest–in the entire United States. Grow Community is not the first place to have net zero energy homes, community gardens, carsharing, or any of its other features, but it’s the first community to have all of those features, by design, from its inception.

Each home in the new development, from apartments to single-family homes, can run entirely on solar power. The ultra-efficient buildings are insulated to save energy, and include heat pumps and heat recovery ventilators. Wood siding comes from local, sustainably managed forests. But green buildings are only a small part of the community’s design.

“The average footprint for food and transportation is three times the footprint of a home,” says Jonathan Davis, the architect who led the project. Both were considered as integral parts of the development. The location was carefully chosen to be a short walk or bike ride from the ferry to Seattle or nearby shops. Residents will have access to community bikes and a shared fleet of cars–the first car being a Nissan Leaf that plugs into its own dedicated solar panel. Those moving to the area bringing their own vehicles may want to consider getting a car or motorcycle shipping quote to help them figure out the cost of transporting their vehicles during their busy move.

The homes are bordered by community vegetable gardens and fruit trees, and residents will also have the chance to participate in a working farm within walking distance.

The design also aims to help neighbors actually meet each other. The site is divided up into “microhoods” that are grouped around a common yard, and each of the grouping is connected by a series of pathways. No one can drive home; the parking lot is deliberately remote so that people have to walk home, and have the chance to run into each other. Each home has a front porch, and the common yards have community gardens and other shared spaces for people to interact.

Right now, the development is partially completed–22 out of 24 single-family homes are underway or finished, and construction will begin shortly on two small apartment buildings. Eight homes are occupied. The new residents include the architect and his own family. “Someone recently said it must be like my own personal Sim City, and it is,” Davis says, as he watches his creation unfold.

The development is the first in the U.S. to meet the stringent requirements of the One Planet Living program. “It’s a really big-picture look at sustainability,” Davis says. “In a way, Grow Community provides an easy basis for everyone living there to reduce their environmental footprint.”