A new Net-Zero residential test facility has been revealed this week by the National Institute of Science and Technology. This is great news for the advancement of sustainable housing in the United States, however they have an interesting take on it: the four bedroom, three bathroom house will be occupied by a “virtual” family.

“Helping scientists test the home’s systems and determine whether it’s truly “net-zero” is a virtual family of four. Energy use by the family will be simulated by computers that turn on and off various household appliances according to daily routines.” 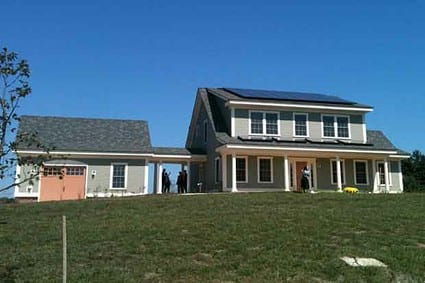 The goal of the company is to eventually sell energy back into the grid, offsetting the electricity used by the family and making it a truly net-zero home.

“Building the home is just the first phase of the project. This fall, NIST scientists and engineers will begin a two-year long research project designed to put the net-zero home to the test. Computers will simulate everything from cell phone charging, to vacuum cleaner use, to the amount of water used to cook meals and bathe.”

While similar to the goals of Grow Community, there are several differences between these two projects. Grow Community, based on the ten guiding principles of One Planet Living developed by BioRegional, aims to address entire lifestyle impacts, with the goal of reducing overall ecological footprint. Grow Community is the first of its kind in the United States to start construction on sustainable homes using these One Planet Community development guidelines. From zero carbon homes and transportation strategies, programs that increase local food consumption and procurement policies that support a local green economy, the Grow Community is applying One Planet Living solutions to create a cost-effective, creative, inspirational and replicable community on the leading-edge of sustainable development practices.

Jonathan Davis, Owner of Davis Studio Architecture & Design, and Lead Designer for Grow Community, likes the goals of the NIST test facility, but thinks the plan has its own limitations.

“We’re doing something more real, for a lot cheaper.” says Davis, “They’re saying the house prices are about $600,000 for a house with state-of-the-art technology in it, not including the land. So we’re creating homes that are more affordable, with the same claim to Net-Zero energy usage, and we’re testing it with real people.”

“It’s great that someone wants to study something like that and get some useful information, but essentially we are doing it in the real world. And we’ll know in a year, just like they will, whether or not it will work.” 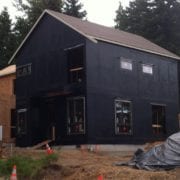 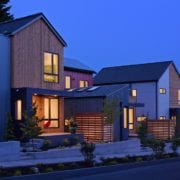 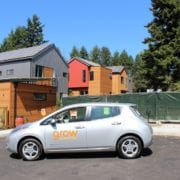 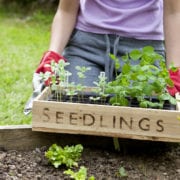 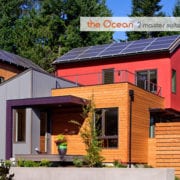 Grow Community In The News: EarthTechling 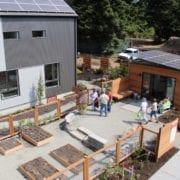 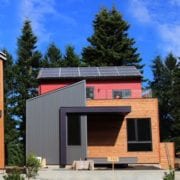 Save The Date! Model Home Tours Begin at Grow Community; But You Can Get a Sneak Peek