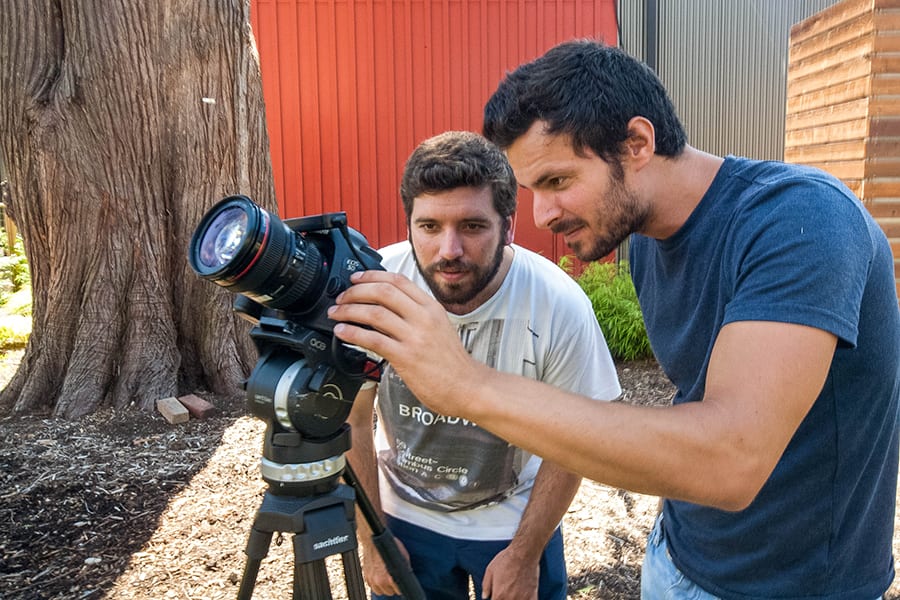 The program features the best examples of sustainable architecture and construction around the globe – so naturally they found their way to Bainbridge Island and Grow.

“We were looking for the greenest places in the U.S.,” says Anthony Da Silva, TV Only journaliste, who admits that while he and the producers had scouted out Grow Community online and were confident it would make a good subject, they were still startled by what they found.

“When we arrived, we were really surprised that it was much more beautiful than the pictures we saw on the web,” Da Silva says, praising Grow for building not just eco-friendly homes but also a whole simpler, low-impact lifestyle.

“It’s not only putting solar panels up and respecting the landscape where you put your house,” he says. “It’s also a feeling. For me, it’s a system, a way to work and to build and to live.”

The four-man production team spent four days on the island after filming an eco-friendly home in Los Angeles the previous week. 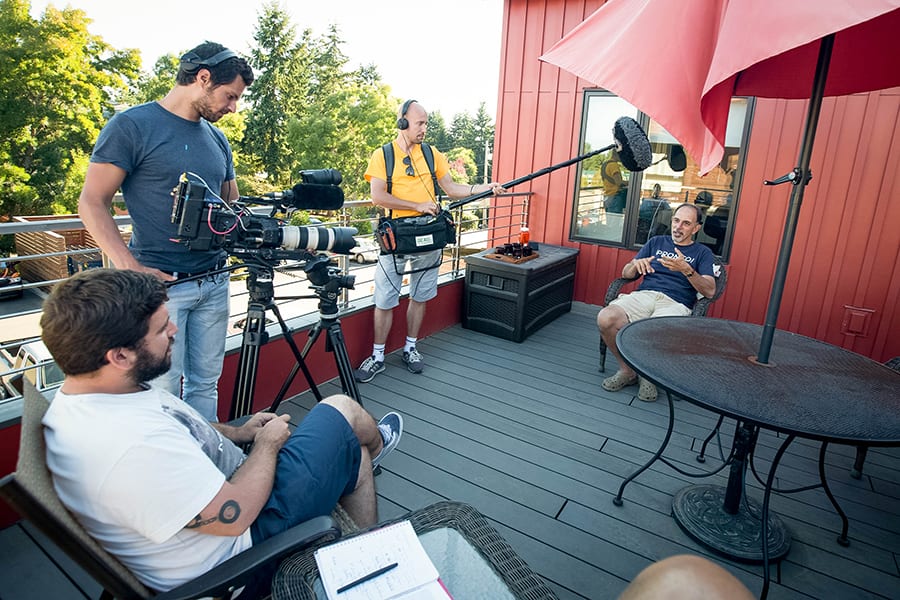 Interviews were conducted inside homes and around the Grow Community grounds and shared P-patch gardens.

A drone-mounted camera buzzed around the neighborhood throughout, zooming down pathways before soaring skyward for dramatic aerial shots of Grow’s solar energy-producing rooftops.

“It was an honor to have the Écho-Logis film crew here,” Lotakis says. “To be able to share a bit of the vision, and have the community’s voice as part of the show, was wonderful. It was a great reminder of how much has been done here that can inspire other communities.”

Écho-Logis presents “beautiful and innovative green projects all around the world by featuring the people who have conceived it, those who live in and interact with it,” producers say, while showing the environmental advantages that come with “an ethical way of building.” 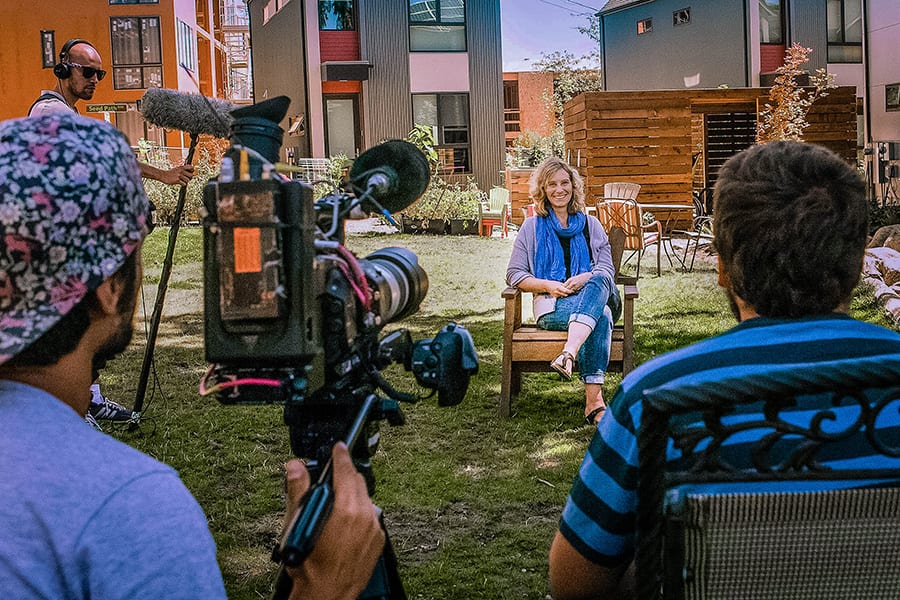 After returning to France, the team will decamp for Romania and their next feature: a woodland lodge replete with solar power and a system for recycling water.

Now in its fourth season, the Écho-Logis program can be seen on France’s TV5Monde network, available in more than 200 countries.

The Grow Community feature is expected to run late this year as part of the current 40-episode run.

August Construction Update: Under every roof, a different story. Sometimes...
Scroll to top